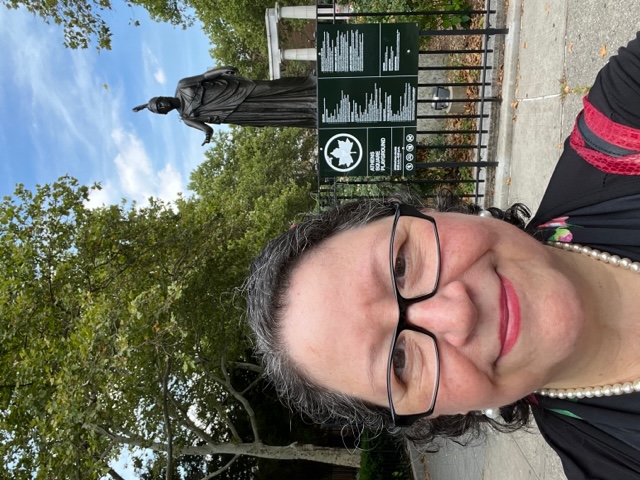 Welcome to The Goddess and Public History Exhibit

While deep into the study of comparative religions in seminary school in 1998, I was surprised to discover that there were many feminine faces of the Divine. There are literally thousands of goddesses, from many of the world's cultures, known by different names and images, which represent feminine aspects of divinity and also aspects of our humanity. The Hindu, Buddhist, Tibetan, Native American, and South American cultures are among the traditions that continue to commune with the Divine Feminine.

I found the Divine in feminine form and she looked like me and so many women I knew from so many backgrounds. I especially grew attached to the Hindu Goddess Lakshmi. It changed my life to know there was a feminine component to the male God I grew up with.

Yet we all come from mothers, so it makes sense to at least consider we have Divine Mothers, too.

Many cultures already include or are based on honoring goddesses. But she has not truly taken her place at the table in modern culture and it seems our dear planet could benefit from her nurturing, wisdom, compassion, and warrior aspects to help bring our world back into balance.

Over twenty years ago I set out on a mission: to let people know that the concept of the goddess is not a made-up thing and that goddesses were not just mythological creations.

Goddesses have been worshipped for eons, from the very start of creation.

After years as a student of Goddess history and spirituality, and after authoring many books on those topics, I have found my way toward a new form of shedding light on her divine history through public history. Thus, having returned to SUNY Graduate program for my Master of Arts in Public History (MAPH), I offer this online exhibit as home to some of my research connecting The Goddess and Public History.

When you see all the evidence, all the images, all the statues, all the ancient temples, all the new archeological discoveries, and the sheer number of goddess artifacts in museums, it is hard to refute her presence and importance in history through the course of time.

This exhibit is meant to be a celebration of her form and essence, in ancient cultures and the modern world. It is meant as a guide to discovering your own goddess path and interests.

Why The Goddess and Public History?

As a long-time journalist, author, minister, and student of the Goddess, public history seemed like a good way to accomplish my research goals and at the same time make an awareness of Goddess history more accessible to others. Public history is also rich with goddess history in many ways.

The National Council on Public History describes this as a vast field that has many forms of expression. "Public historians come in all shapes and sizes. They call themselves historical consultants, museum professionals, government historians, archivists, oral historians, cultural resource managers, curators, film and media producers, historical interpreters, historic preservationists, policy advisers, local historians, and community activists, among many many other job descriptions. All share an interest and commitment to making history relevant and useful in the public sphere."

Public history is based on good scholarship and this applies this to researching the history of the Goddess. She can be found in many different aspects of public history, including in archives, libraries, and museums. She also is found in so many related fields. In my experience, academic study, discoveries, and discourse in many areas feed into public history. It makes information on goddesses in public spaces even more accessible. These areas include:

The possibilities of connecting to other disciplines are endless!