Sveta Sophia stands amid the busy streets of the city that is her namesake, at 1000 Sofia Center in Sofia, Bulgaria. As the patron saint and divine female of the city, she towers over the area. She is a 24-meter-high bronze statue (more than 78 feet high) and was designed by the local sculptor George Chapkanov. She is a symbol of the city. Her name means "wisdom" in Greek so she holds an owl in one hand and a laurel wreath in the other.

A Report from this Sacred Site:

"Erected in 2000 to replace a statue of Lenin removed 10 years prior, Sveta Sofia stands tall, arms outstretched, golden-skinned and black-eyed, over Bulgaria's representative center. Though it bears the name Sveta Sofia, the statue does not depict one individual, per se. Rather, she is a combination of figures. The two most commonly attributed are Sofia and Athena, both of Hellenistic origins. Both symbolize "Holy Wisdom" (or "Hagia Sofia", the expression for which the city and its founding church were named), and the statue contains ancient vestiges of that concept: the crown, the laurel wreath, and the owl." 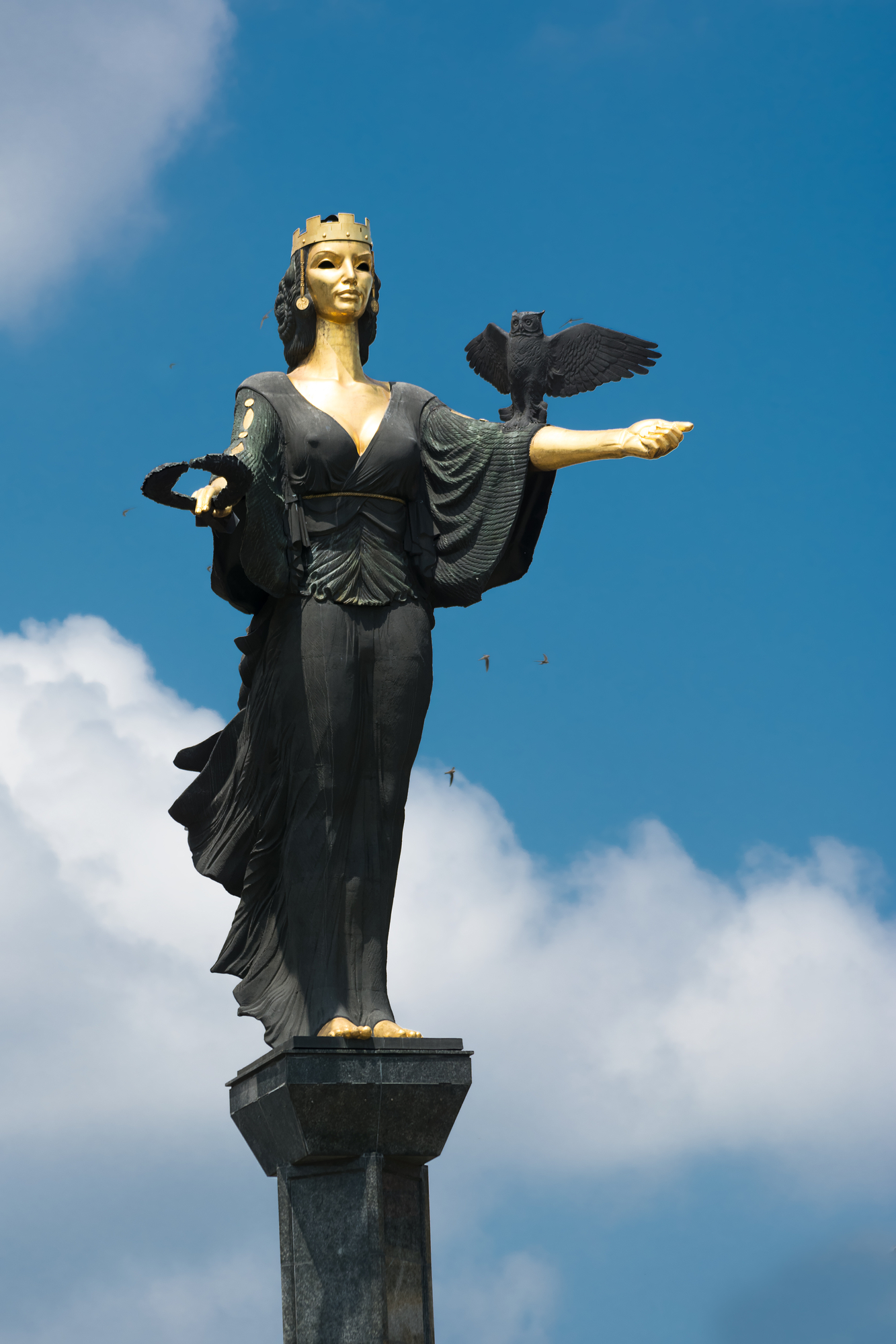 Sveta Sofia Shares Wisdom and Guidance from the Up High in Sofia, Bulgaria