Sekhmet is the Lion-Headed Goddess of Egypt. As one of the most ancient goddesses known to the human race, her age carries great clout; she is called "Lady of the Place of the Beginning of Time." She is a war and healing goddess who is a force to be reckoned with. She is depicted in countless ancient statues and reliefs with a slim female body and a lion head; she symbolizes the protective energy of the lioness. Fierce, yet focused, she is not known for random slaughter but for specifically protecting her turf, her interests, and anything she loves.

As protectress of Divine Order, Sekhmet safeguards the gods against evil, and many believe she protects mortals as well. Unlikely to initiate an unprovoked attack, she responds to aggression in a New York minute, with the agility of a lioness defending her young. She represents the cleansing fire that brings energy into form. In addition to her ferocity, Sekhmet's strong magical powers caused her to be highly regarded as a healer. The flail in her left hand attracts celestial energy. Although she has seen bloody battles, her powers are dedicated to righteous ends, protection, and the healing of difficult situations.

Robert Masters. The Goddess Sekhmet: The Way of The Five Bodies. Amity House, 1988.

"Thousands of amulets depict her, either seated or standing and holding a papyrus-shaped scepter. But what comes to mind for most Egyptian art lovers are the hundreds of larger-than-life-sized, granodiorite statues of Sekhmet carved during the 18th dynasty rule of the great pharaoh Amenhotep III. These many statues, now found in museums and archaeological sites, testify to the importance of the fierce goddess." 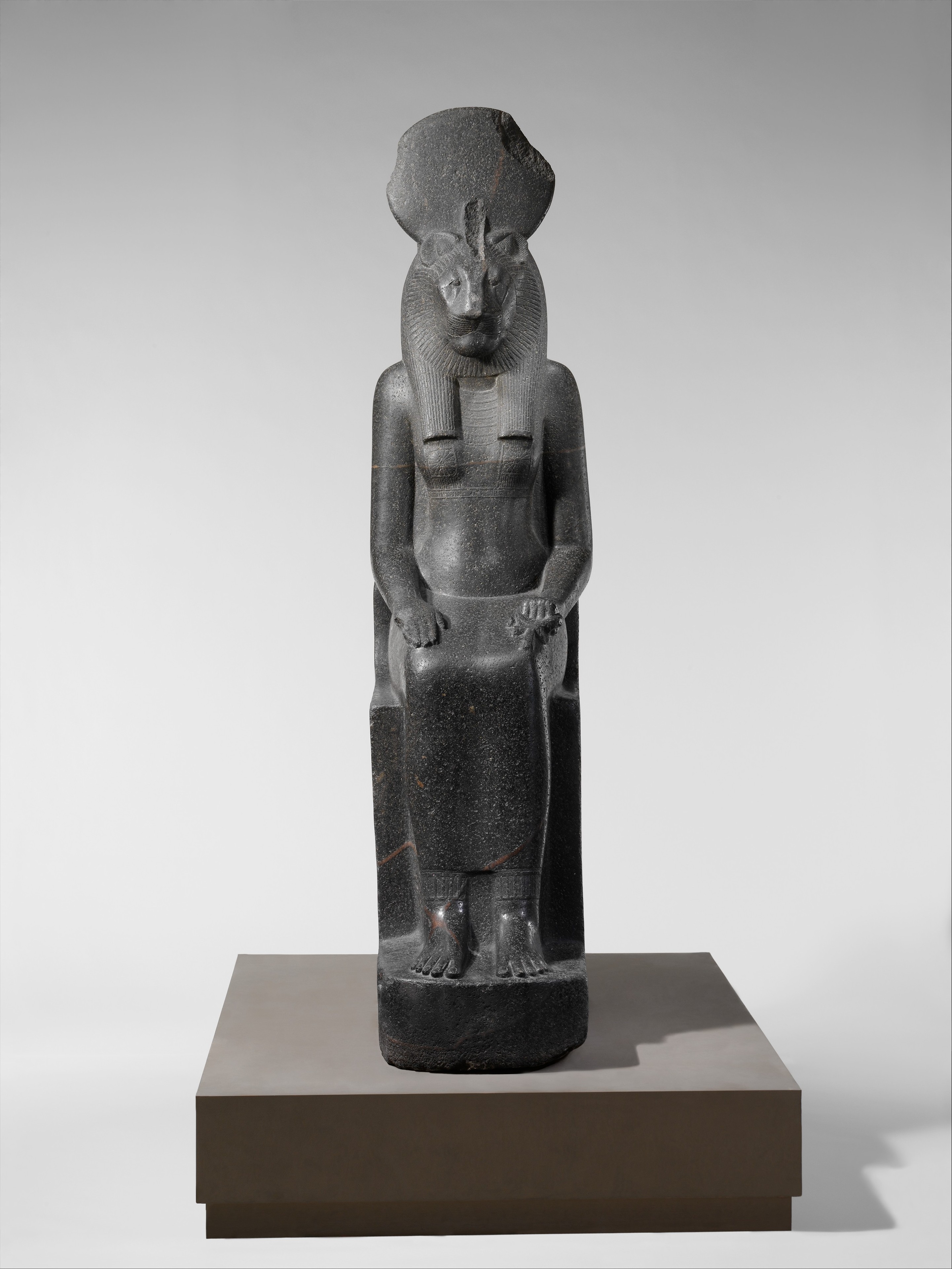 Title: Statue of the Goddess Sakhmet