There are many Nike statues around New York City. Nike was the Greek goddess of Victory. She is often renamed according to what she is representing or who sculpted her.

This statue was dedicated in 1894 in honor of the Soldiers and Sailors Memorial Association of Jamaica. She was designed to guard the memory of those who served in the Union Army in the Civil War — defeating the Confederacy and ending slavery in the United States. Her bronze figure, "Winged Victory," was created by Fredrick Wellington Ruckstull. She can be found in the middle of Hillside Avenue and Merrick Boulevard in Jamaica at Major Mark Park. (The address is 173-175 Hillside Avenue, in Jamaica, New York). She is more than ten feet tall, on a ten-foot pedestal. She is part of the New York City Parks and Recreation Department. Find out more about her here. Just one note on safety: This park is not very uplifting. The statue is gorgeous, but she is a bit neglected, and the vibe there is a bit sad. I wanted to leave offerings to this giant Goddess on my visit but only felt comfortable getting my photos and leaving.

Nike Stands Atop the Municipal Building in Downtown Manhattan

Her gold image can be seen if you look up as you walk toward the Manhattan side of the Brooklyn Bridge. Created by Adolph A. Weinman, she is called "Civic Fame." Find out more about her golden splendor here.

Nike Stands with General Sherman Outside of Central Park

She guides the general in victory in this famous statue on the North side of Central Park. See her here. 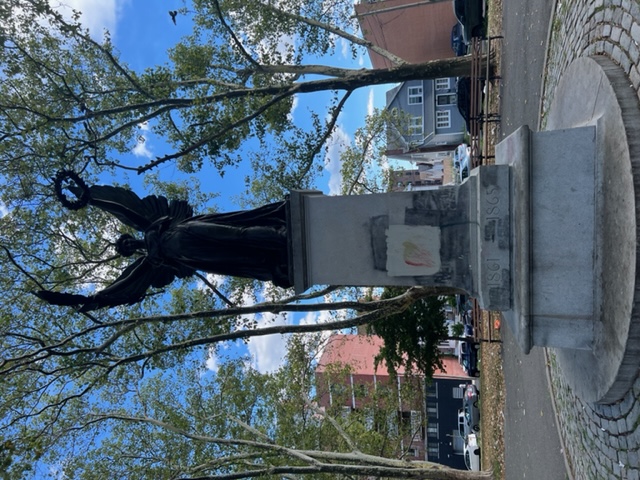 Nike as Winged Victory at the Soldiers and Sailors Monument in Major Mark Park, Jamaica, NY 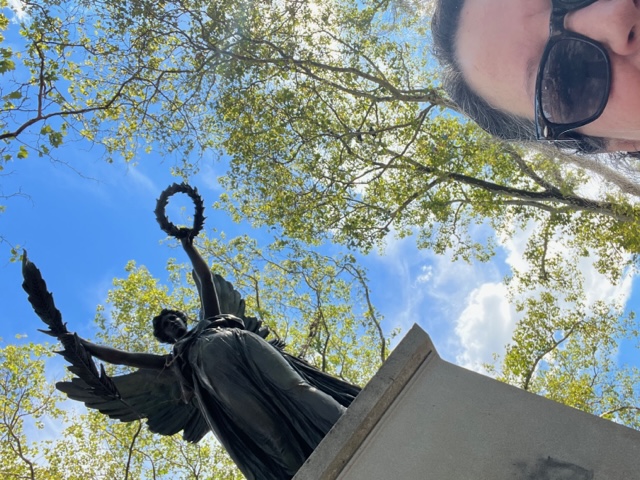 This selfie gives you a little more sense of her height.