The iconic statue above Grand Central Station had been called "Transportation" and "The Glory of Commerce." It adorns the facade of the building with three divine figures.  Minerva, the Roman goddess of wisdom, commerce, and protection sits to the right. Her role is meant is to look over New York as the protectress of the city. On the left is Hercules, half-human, and half-divine, who represents physical strength. In the center is Mercury, god of travel and commerce. The statue is

48 feet high and weighs 1500 tons and has been a part of the city since 1914. You can see it from 42nd Street in Manhattan, closer to that little side street known as Vanderbilt Ave, and from various vantage points in the area. Look up when you are in the neighborhood! Find out more about it here and in the New York Times. 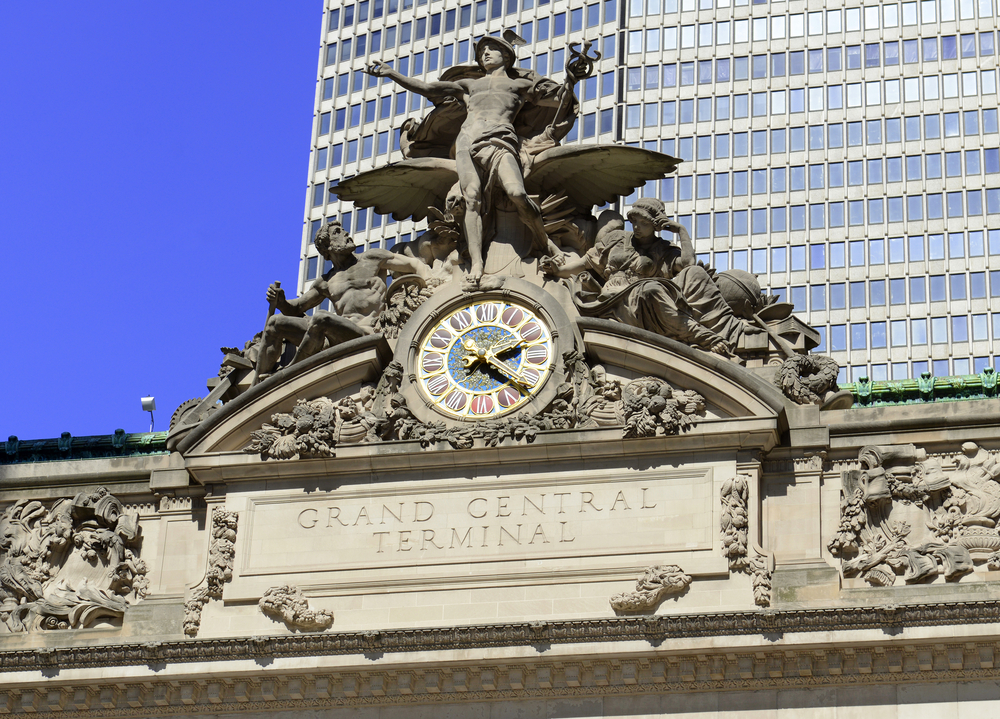 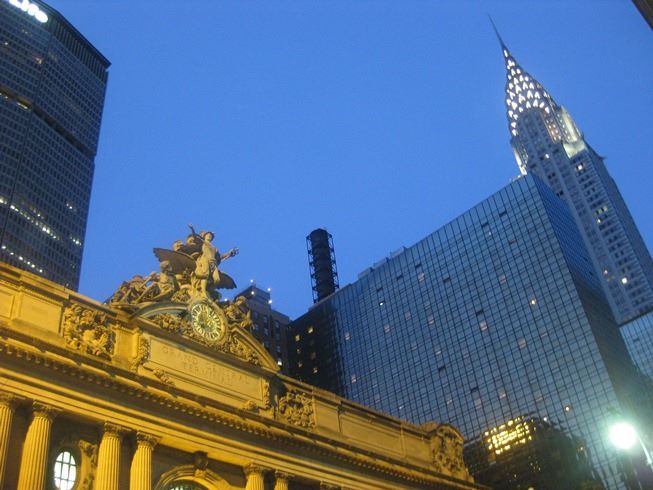