The Guanyin Statue of Hainan, also known as Guan Yin of the South Sea of Sanya, is a 108-metre tall statue of the bodhisattva Guan Yin, sited on the south coast of China's island province Hainan in the Nanshan Culture Tourism Zone near the Nanshan Temple west of Sanya. This is currently the fourth tallest statue in the world.

A Report from this Sacred Site

"Devotional art, some might call it, which could be said for the statue of the bodhisattva Guānyīn (观音 in Mandarin) — also known as the Goddess of Mercy — that rises from the South China Sea, off the coast of the popular seaside destination of Sanya in Hainan, China. At a staggering height of 108 metres, it is the tallest statue of Guanyin in the world. Built in 2005, it has three faces: one side faces inland and depicts Guanyin holding a sutra, gesturing the vitarka mudrā with her right hand. The other two sides face out to the sea, one with Guanyin holding prayer beads while the other has her holding a lotus."

Guan Yin by the Sea - China 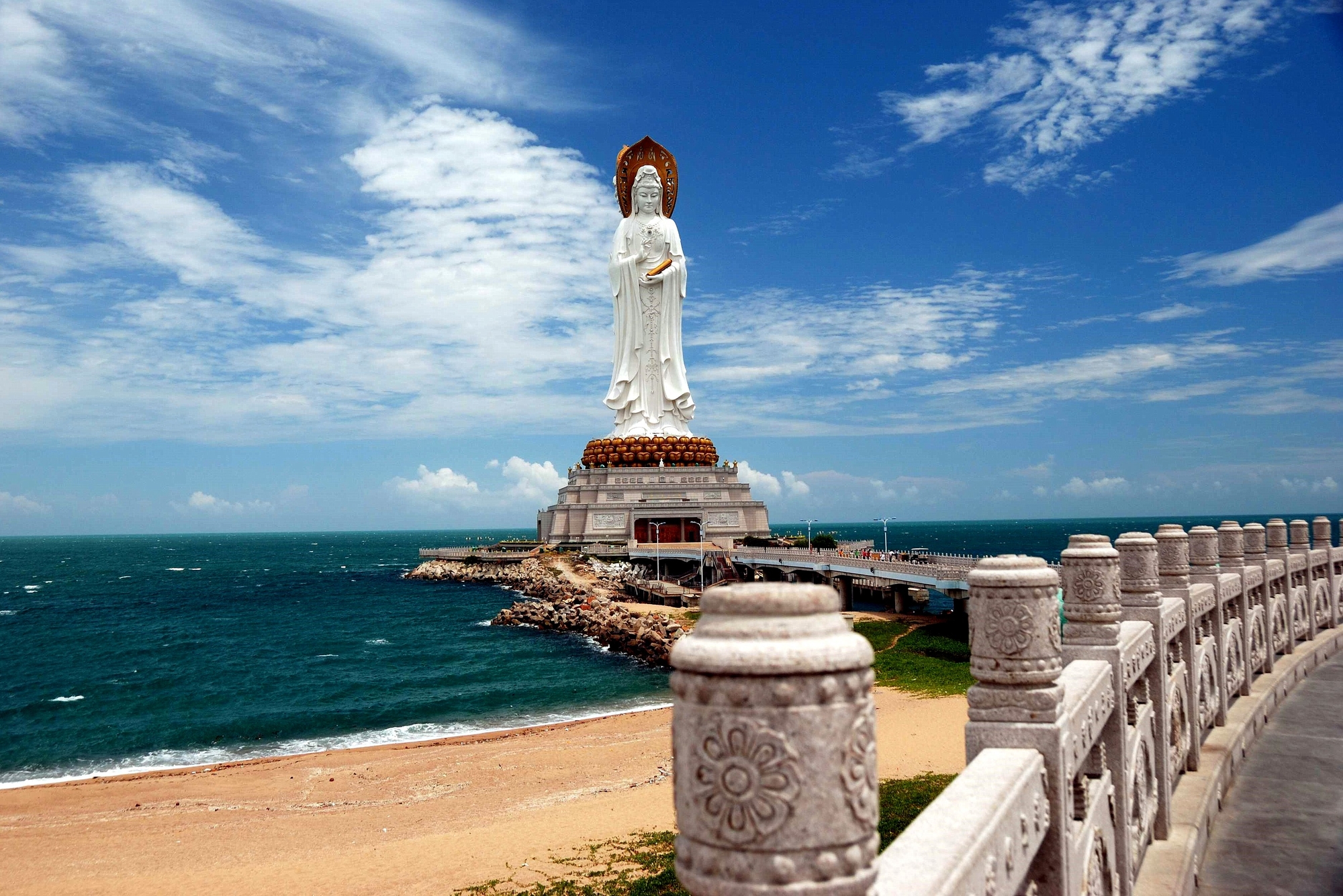 Guan Yin by the Sea Pours Her Blessings on the World in Sanya/Hainan, China