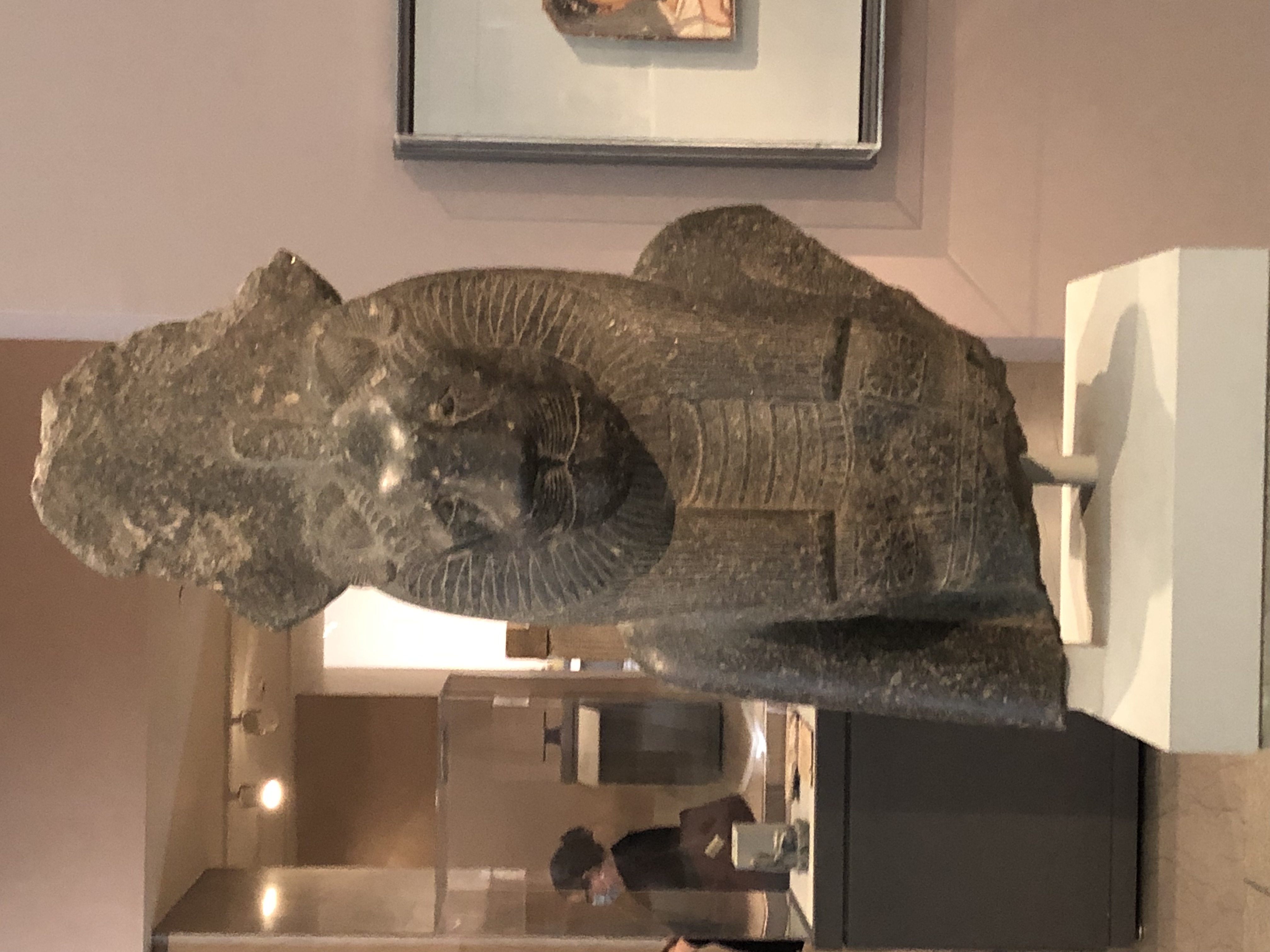 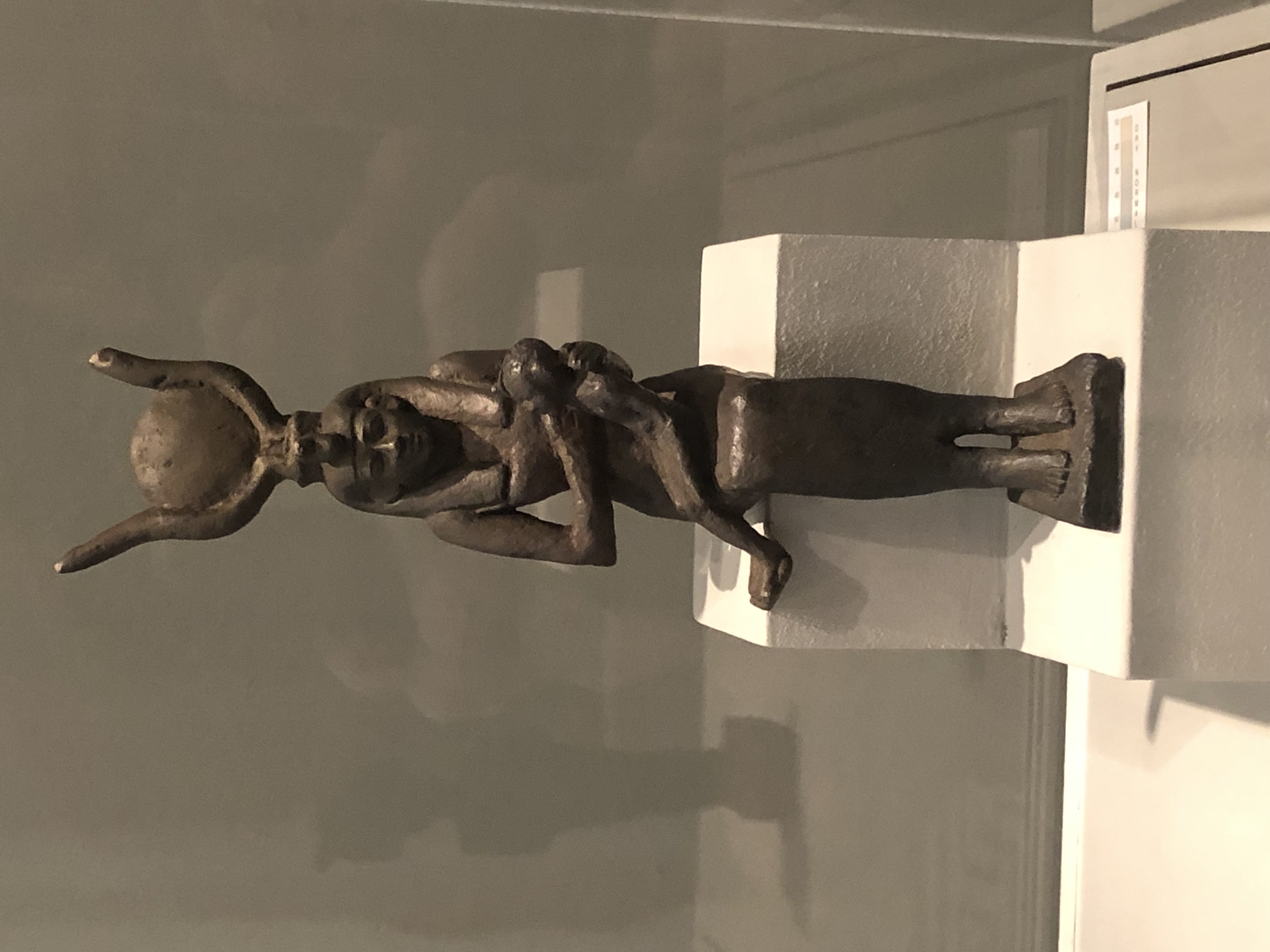 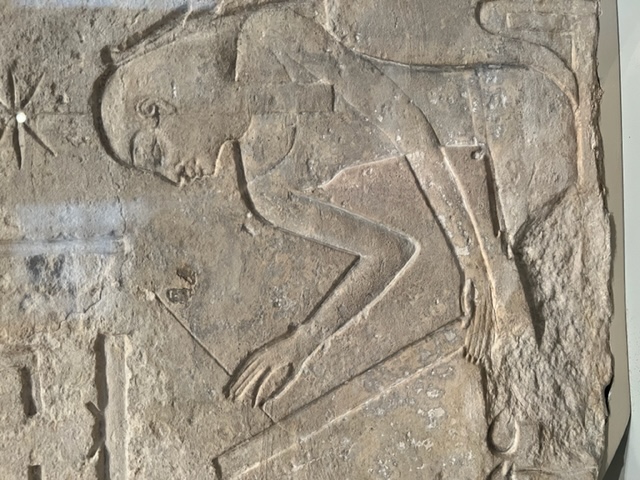 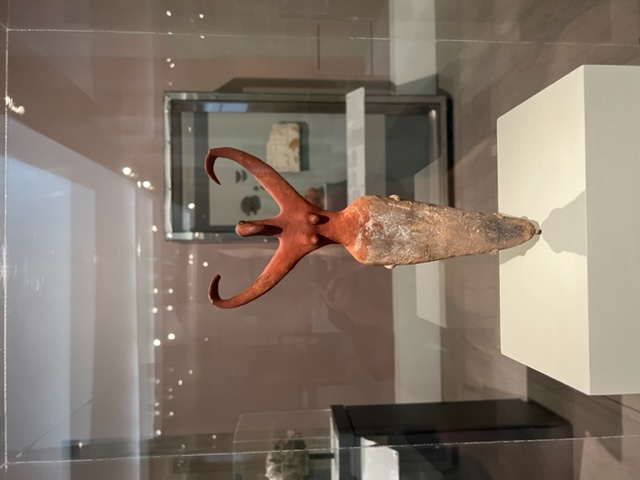 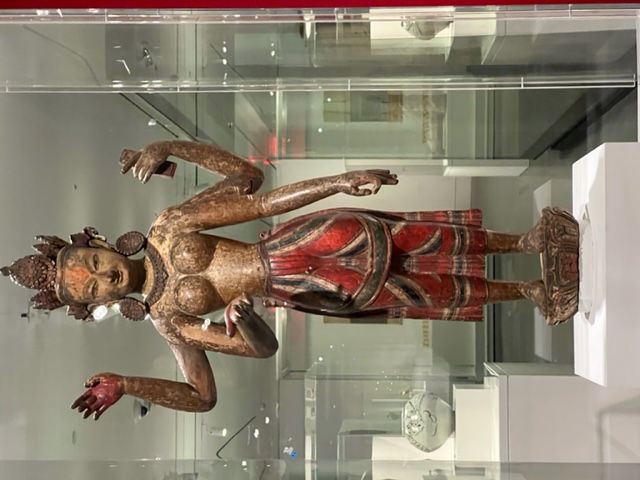 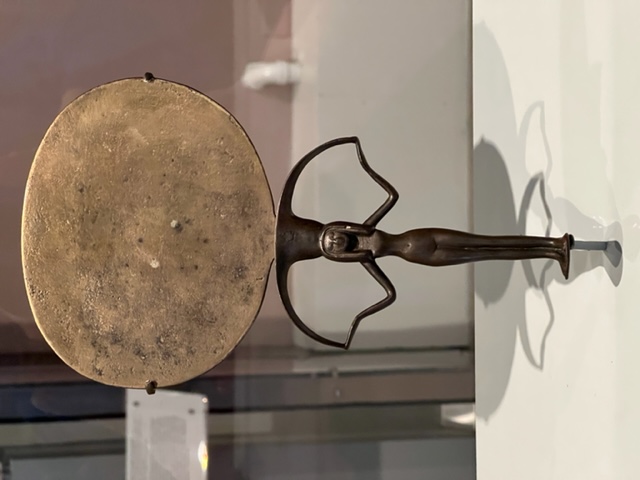 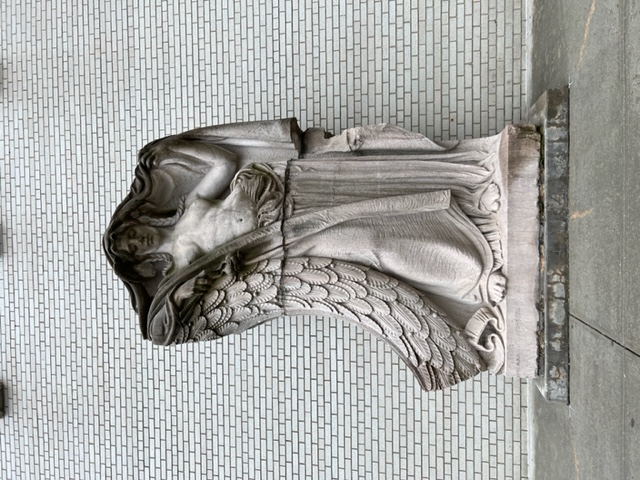 A Goddess Treasure Hunt at the Brooklyn Museum

Anyone can go on a goddess treasure hunt at a museum. Here is how I found all the goddesses at The Brooklyn Museum. 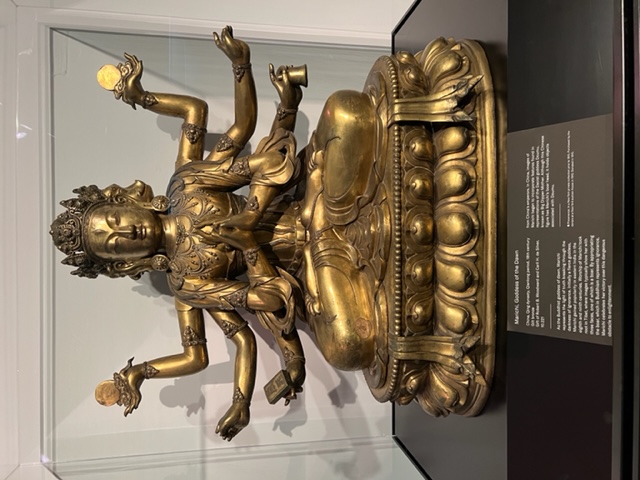 I went on a goddess treasure hunt at The Brooklyn Museum. I have been there a number of times, but usually to visit the Egyptian area. I was happy to enter with the eyes of a public historian and yet find pieces of history that have been a part of my spiritual studies and my writing for many years.

If you are a planner, go to the website before your visit and do an initial search for goddesses, or specific goddesses you would like to see and connect with. If you are an adventurer, just go on in and find your way from collection to collection, making notes and taking photos of the goddesses you meet.

I started on the fourth floor, with The Dinner Party, the iconic feminist artwork that features a triangular dinner table with 39 plates and settings representing a specially curated group of women from history. I saw it when it was first introduced in New York, and I interviewed the creator of it all, Judy Chicago, in 1984. But I could not remember who was featured at this famous table.

When I walked into the beautiful exhibition space I was awed. The room is shaped in a triangle, in the same shape as the table, and the lighting was dark as if you are in the womb of creation. It has a sacred vibe: as if you are in the presence of some of the most important women and divine figures in history. The table is roped off, and it is lifted up onto a platform covered in shiny tiles.

Not only were there 39 plate settings, divided into the three distinct sides of the table that form the triangle, but I also discovered hundreds of names written under the table and all over the tiles. I learned, that there were 999 names in total! They were names I wouldn't have recognized when the exhibit first came out. But now, they were so familiar. They included human women who walked this earth and made significant contributions, as well as goddesses, divine mothers, saints, and mythical heroines.

The plates start at the beginning of time, with tributes to the Primordial Goddess, Fertile Goddess, Ishtar, Kali, Snake Goddess, Sophia, Amazon, Hatshepsut, Judith, Sappho, and more. The place settings also celebrated famous women of more recent history, such as Sojourner Truth, Elizabeth Blackwell, and Emily Dickerson. Each has a uniquely designed plate, with chalice and plastic utensils, placed upon artistically designed mats and tapestries. For example, Ishtar's is a gold and white design that looks like an ancient temple known as a Ziggurat. I seem to remember that Judy Chicago had a collective working with her to create this exhibition, but it dawned on me that she must have also been a historian, to be able to define and to represent women for the dawn of time.

The Dinner Party is part of the Elizabeth A. Sackler Center for Feminist Art. It was very cool to discover that Sackler says she considers herself a public historian more than a benefactor. It is a wing unto itself. Outside the walls of the main installation are exhibits on the walls, floor space, and ceiling. Featuring diverse artists is part of their mission.

Next, I explored a place that I love in the museum, the Egyptian collection(s), and a place I had not had the chance to see: Arts of Asia.

Egyptian Art: I really appreciate the way things are set up here. Two or three of the rooms are light and airy, with sunlight pouring in and the artifacts arranged in a nice mix of glass-enclosed items and big statues. It is easy to walk around each item and the descriptions are very informative. It also has a couple of rooms with low lights and a tomb-like feel: The Mummy Chamber and A Woman's Afterlife: Gender Transformation in Egypt.

I have my favorites, in the light-filled rooms, like the bust of the lion Goddess Sekhmet (Sakhmet), which is in the open and so accessible to visitors. And the relief of the Goddess Seshat, who is the goddess of writing, measurements, and scribes. The relief is one of the few I have seen of Seshat in the seated position. I noticed for the first time, that the big statue of a scribe in that display area is positioned across the room in exact alignment with her relief. Since she was the divine supervisor of scribes, this makes a lot of sense.

I also searched for a goddess I learned about on the museum website. I had not remembered seeing her there before. She is said to be one of the oldest known Egyptian antiquities. She is referred to as a "Female Figure" and she appears in a case with a smaller female and male figure. This figure is gorgeous and intact. I have always seen replicas of her called the "Nile Goddess," and believed that her hands raised above her head were reaching out in prayer. The museum website concurs that she thought to be a goddess or a priestess. It goes on to say that she is likely a figure of mourning. It was so cool to see her on a video one day and stand in front of her the next.

Asian Art: This is is a newly renovated area of the museum. It is in an open-air area on the second floor, and it is filled with delights from so many cultures, including Korea, Japan, China, and Nepal, with Hindu elements too. It has beautiful, large goddess statues, such as a colorful four-armed Tara (Tibet) and four-armed Hindu goddess Lakshmi, who was out in the open like an icon in a temple. There were also representations of The Buddha in many forms, Vishnu and Ganesha (Hindu), and other gods. In the cases, there were numerous Bodhisattva statues, including the beloved Guan Yin/Kuan Yin who is known by many names.

One of the biggest surprises was: I met a goddess I had never heard of! Her name is Marici, and she is known as the Goddess of the Dawn in the Buddhist tradition. She has eight arms and three faces. One face is a serene goddess, the left is a pig, and the right looks like a warrior's face. When found in India, she is called Devi, and in Tibet, she is a Bodhisattva. Even though her side faces are unusual looking, I think they are meant to be auspicious. She has a lovely peaceful energy. So much so, that I took a moment to whisper some prayers for our world. I am looking forward to learning more about her.

There are a few other wings, such as the Luce Center for America Art. In the lobby area, right before the exhibit, there is a huge wooden horse raised up high on a platform. It has a bulletin board at the base filled with business cards and some notes. Across from it is a collection of skateboards. I haven't quite figured this area out yet but it does look like a place for the community to connect or leave things. Last time I was there I noticed some prayers for healing COVID.

The Museum has other interesting features, like the two Mickey Mouse-like giant sculptures in the lobby, and the huge Statue of Liberty replica in the parking lot (although one of my colleagues tells me that is leaving soon).

From the parking lot, as you walk through to the back entrance, you move through The Steinberg Family Sculpture Garden, which is an interesting collection of mounted and standing objects, and a stone lion sitting on a second-floor terrace area. The greeter near the door is a sculpture known as "Night" which was a clock figure from Pennsylvania Station from 1910 that is enjoying her retirement at The Brooklyn Museum. She looks like a sleepy goddess, but she is a huge and commanding figure.

The Brooklyn Museum is a community art museum. It's smaller and intimate but has so many treasures!