Alma Mata is a beautiful, big statue that sits at the base of the steps of the Columbia University library. She represents a powerful visual symbol of learning and wisdom. Because of what she represents, she is often affiliated with the Greek goddess of wisdom, Athena. She has also been compared to the Roman mother goddess, Cybele because Alma Mata comes from two Latin words meaning "nourishing or bountiful mother." She was created by sculptor Daniel Chester French. She was unveiled at Columbia in 1903 and for over one hundred years has blessed the campus with her presence. You can feel the wisdom coming from the statue when you stand before her as if she has absorbed all the literature in the library behind her and the brilliance of the students who have been around her over the years. Although she resides at a private college she sits on a campus that is a crossover path between Broadway and Amsterdam Avenues, so you can take a peek as long as the campus gates are open. Her address is 116th Street and Broadway, in Morningside Heights, Manhattan. Find out more about her here. 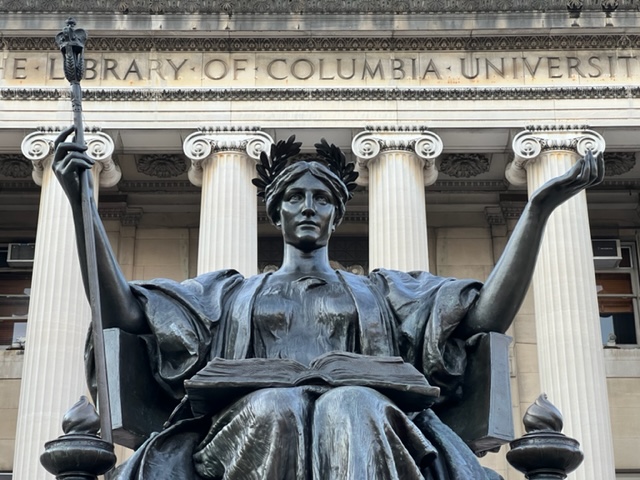