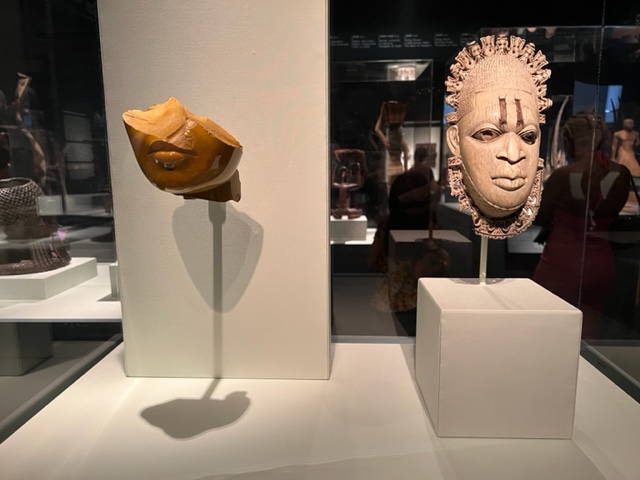 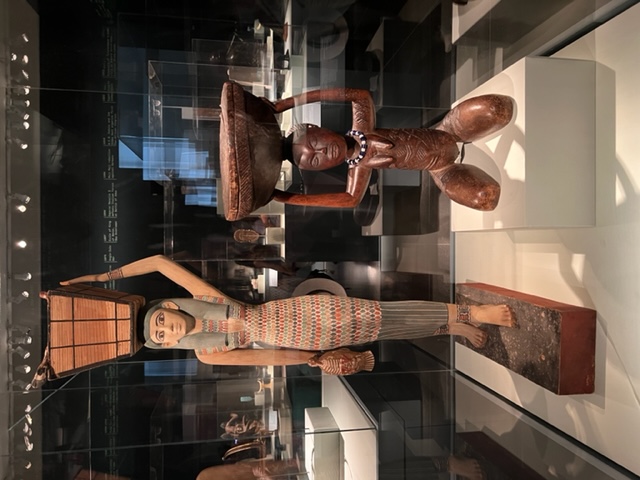 The African Origin of Civilization Exhibit at the Met 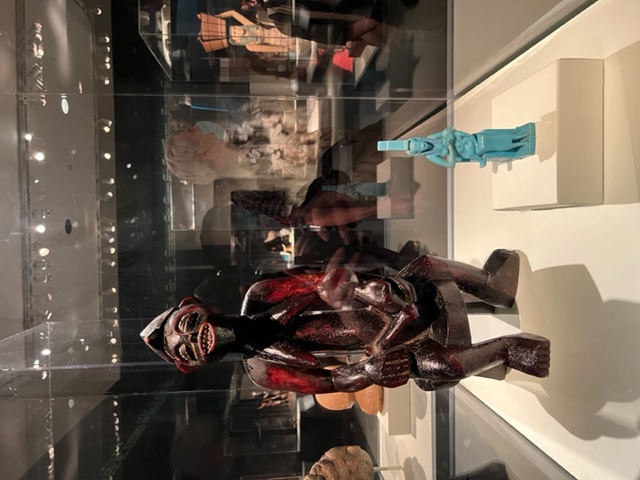 Both statues are seen as honoring motherhood and protecting children

This exhibit is an interesting exhibit of African and Egyptian art that juxtapose one culture with the other, showing the similarities, or, perhaps, the inspiration Egyptian art may have taken from African originals.

"Scholars today recognize Africa as the source of our common ancestry. But in 1974, Senegalese scholar and humanist Cheikh Anta Diop shocked and challenged historians by asserting the influence of ancient African civilizations in his groundbreaking book The African Origin of Civilization: Myth or Reality," says the Metropolitan Museum of Art website. "This exhibition pays homage to Diop by presenting masterpieces from the Museum's collections from the west and central Africa alongside art from ancient Egypt for the first time in The Met's history."

There are twenty-one pairings of works from each culture and they are lovely to behold. I found beautiful women and queens in the mix, but just two goddesses. In a follow-up course at the Smithsonian, African Art Through the Centuries, with Art historian Kevin Tervala, I discovered the African mother and child statue I assumed was a goddess was actually considered a female with child statue created to protect women and children and honor motherhood.

I think I still may consider her a goddess.